Valley Fever is caused by a fungus that lives in desert soil. The most common symptoms include coughing, fever, weight loss, lack of appetite, and lack of energy. These symptoms may be present as a result of an infection in the lungs. Additional symptoms that can develop when the infection spreads outside the lungs can include lameness or swelling of limbs, back or neck pain, seizures, soft swelling under the skin, swollen lymph nodes under the chin, and eye inflammation with pain or cloudiness. We can test for Valley Fever by doing blood work, and informing you of the next steps once the results are in.

Parvo is a highly contagious virus that attacks the lining of the digestive system. It causes dogs and puppies to not be able to absorb nutrients or liquids. Puppies are especially prone to it because they have an immature immune system. The most common symptoms include vomiting, diarrhea (sometimes with blood), lethargic, not eating, and not drinking. The incubation period for Parvo is 5-7 days. Dogs can shed the virus for 6 weeks after they are cured and can last in the environment for several months. If we suspect that your dog may be infected, we will guide you through the testing process and the care needed.

Gestation periods for dogs and cats are 61-63 days. Ask us for more information if you suspect that your baby girl may be pregnant.

Ehrlichiosis, more commonly known as tick fever, is generally caused by an organism known as a rickettsia, Ehrlichia Canis. This organism is partly like a bacteria, partly like a virus, and acts as a parasite of the body’s blood cells and organs. The most common signs of tick fever include fever include trouble breathing, noticeably swollen lymph glands, sore joints, a loss of energy, and a lack of appetite. The dog may get bleeding problems such as; sudden nosebleeds or blood in the stool.

Lyme disease (borreliosis) is an infectious, tick-borne disease in dogs. The most common symptoms are a fever of between 103 and 105°, lameness, swelling in the joints, swollen lymph nodes, lethargy, and loss of appetite.

Anaplasmosis is an infectious disease that is caused by a bacteria called Anaplasma phagocytophilum. The most common signs of infection are high fever, lethargy, and swollen painful joints (this can be dramatic).

First vaccinations are recommended at the age of 6 weeks for both cats and dogs, with vaccinations lasting until your pet is 16 weeks of age. Please consult your doctor for the recommended frequency of the remaining boosters.

Leukemia is transmitted through bodily fluids (saliva, urine). Strongly recommended for outdoor cats but also recommended for indoor cats if there is any chance they may come in contact with other pets. NOTE: a heartworm, FELV (Leukemia), and FIV (Feline Aids) test is required prior to Leukemia Vaccination.

Rabies is a viral neuroinvasive (capable of entering or infecting the central nervous system) disease that causes inflammation of the brain. Common symptoms of rabies are malaise, headache, and fever, acute pain, violent movements, uncontrolled excitement, depression, inability to swallow water, periods of mania and lethargy, and coma.

Deworming a cat is a critical part of pet care. Many kittens are born with worms that they contracted before they were born from their mother.

NOTE: heartworm, FELV (Leukemia), and FIV (Feline Aids) test are required prior to dispensing Heartgard. Heartworms are transmitted by mosquitoes. If an infected mosquito bites the cat, it may become infected.

Prevents what is commonly known as "kennel cough". Recommended if your dog goes to dog parks, groomers, boarding facilities, on walks, or is around other dogs. Some boarding and grooming facilities may require the Bordetella Vaccination every 6 months, and that it be given 2 weeks prior to boarding.

Rabies is a viral neuroinvasive (capable of entering or infecting the central nervous system) disease that causes inflammation of the brain. Common symptoms of rabies are malaise, headache, and fever, acute pain, violent movements, uncontrolled excitement, depression, inability to swallow water, periods of mania and lethargy, and coma.

Porphyromonas Denticanis-Gulae-Salivosa Bacterin to aid in the prevention of canine periodontitis which affects 85% of dogs over 3 years of age.

Was designed to slow down the effect of the venom from a rattlesnake bite. The dog must still be seen immediately after the bite. It is recommended for animals who may come into contact with snakes (rural communities, hunters, campers).

Deworming a dog is a critical part of pet care. Many puppies are born with worms that they contracted before they were born from their mother.

Heartworms are transmitted by mosquitoes. If an infected mosquito bites the dog, the dog may become infected. NOTE: a heartworm/Lyme disease/tick fever/anaplasmosis test is required prior to starting prevention.
​​​​​​​ 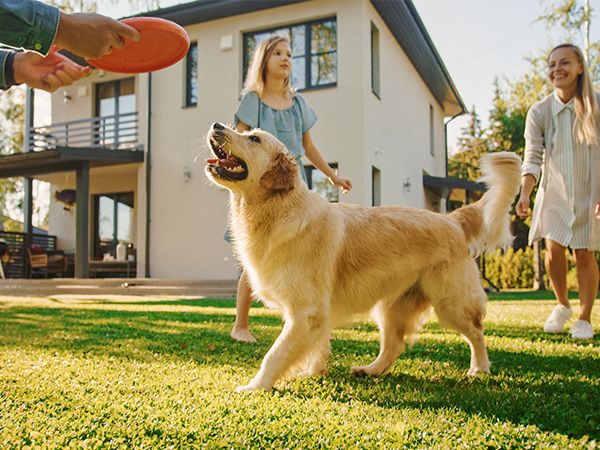 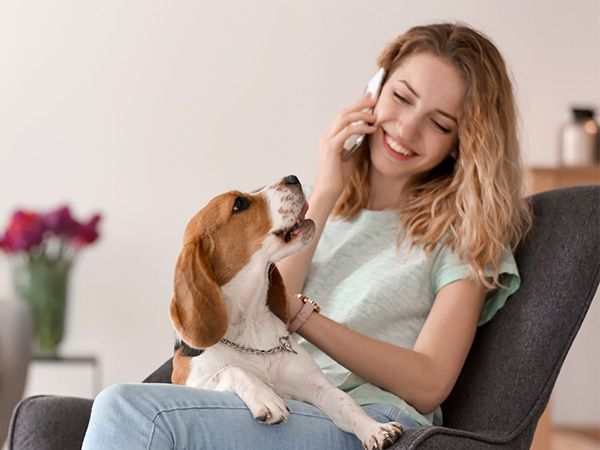 At Vistancia Animal Hospital , we provide the highest quality Veterinary care to all our patients. Schedule your appointment today.

We've copied your review, after you click 'Publish' please paste your review by selecting 'ctrl' + 'v' into the review comments section.